Mikhail Malkin wins the Silver medal of the World Cup 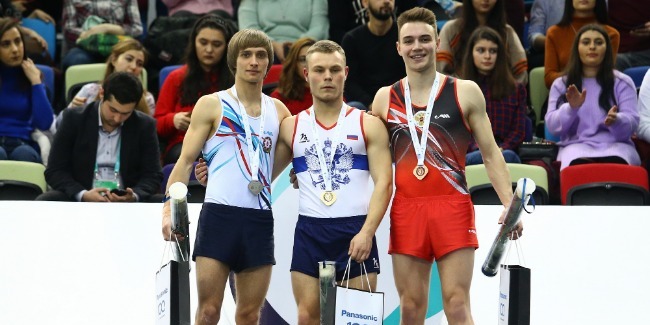 In the competition of the best ones in Tumbling, Mikhail Malkin mounted the 2nd place of the podium. Our representative won the Silver medal with 74.600 points. The 1st and the 3rd places were owned by Russian gymnasts. Thus, the “Gold” and “Bronze” were won by Vadim Afanasev (75.100) and Maksim Riabikov (72.000) accordingly.

Our gymnast Mikhail was also awarded with the traditional AGF Trophy, having received the highest execution score at the events.