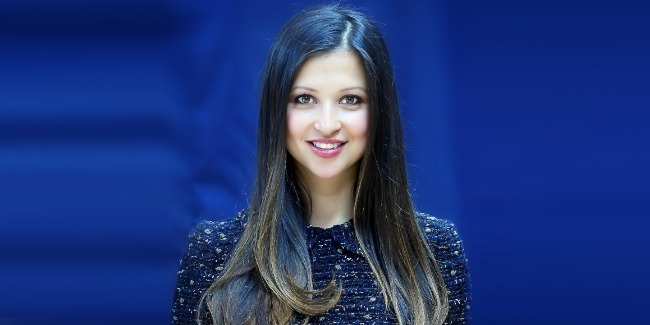 Famous former Russian gymnast Yana Batyrshina has been announced as an Ambassador for the Rhythmic Gymnastics World Championships to be held in Baku on September 16-22, this year. The International Federation of Gymnastics (FIG) officially confirmed Batyrshina’s candidacy.

The repeated World Champion, the prizewinner of the Olympic Games 1996 in Atlanta will be a part of the special program for promotion and advertisement of the Baku’s World Championships. Within the framework of this program, the meetings with fans and other events are planned to be held.

After termination of the sporting career, Yana began to work on TV. Since 2000, she has been a TV host for a number of programs on various Russian TV channels. Batyrshina hosted the once-popular youth program “Up to 16 and older” on “Channel One”. In 2001, she started to work at the “Capital” TV Channel for hosting the sports news for the next two years. She was noticed by the employees of the “Sport” TV Channel and was invited to work there. She had been working at the “Sport” TV Channel till 2012.

At the same time, Yana appeared on the other projects as well. For example, in 2002, the spectators saw her in the TV game show "Fort Boyard", and two years later, the former athlete acted as the host of the "People's Artist" musical show.

From 2013 to 2016 she hosted the show “One against all” on the children's TV channel “Carousel”. In 2014, during the Winter Olympic Games in Vancouver, Batyrshina appeared at the “Olympic Channel” at the “Sport Plus” TV channel.

Yana is married to the former member of the "Guys from Baku" KVN (Club of the Funny and Inventive) team, general producer of the Russian “NTV” TV Channel Timur Weinstein. She has three children: daughters Mariam and Ayla, as well as son Leonid who was born February, last year.