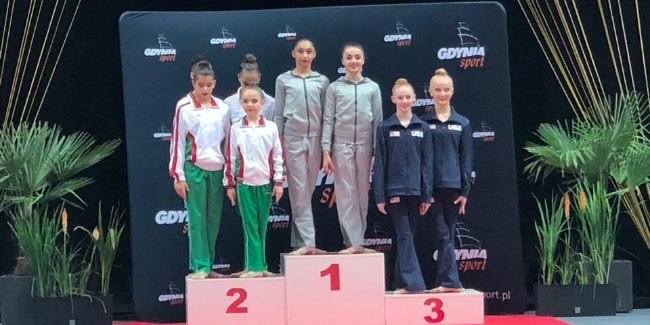 Today, the International Tournament in Rhythmic Gymnastics completed its work in the City of Gdynia, Poland.

The representatives of Azerbaijan completed the events with 10 medals. Arzu Jalilova, performing in the Individual program among juniors, won the Silver medal for her ball routine and the Bronze medal for her performance with clubs accordingly. Her teammate – Narmina Samadova became the Silver medalist by ranking 2nd for her ribbon exercise. Our gymnasts also distinguished themselves in team competition and won the Gold medal.

Having performed successfully at all possible Finals, Azerbaijani team in group exercises managed to win the medals at each of them. Thus, junior group consisting of Farida Safiyarzada, Laman Alimuradova, Milana Akbarova, Madina Asadova, and Seljan Hajizada brought one complete medal set to Azerbaijani team`s medal box. Our junior gymnasts won the Silver medal in the All-Around and Bronze medal for the performance with a hoop accordingly. The gymnasts became the Gold medalists for the ribbon routine.

Our senior team in group exercises consisting of Narin Gurbanova, Gullu Aghalarzade, Narmin Jahangirova, Humay Aliyeva, and Sona Rahmanova won the Bronze medals in the All-Around, with 5 balls, as well as with 3 hoops & 2 pairs of clubs having left behind all their rivals. 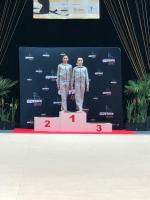 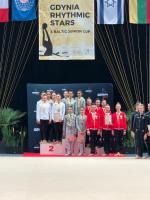 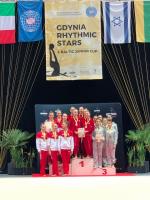 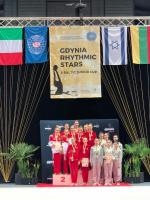 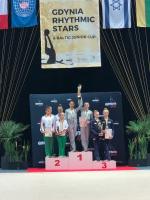 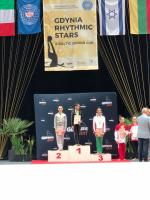 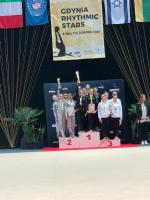 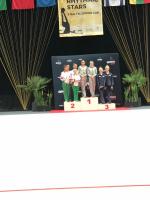