10 days prior to the competitions 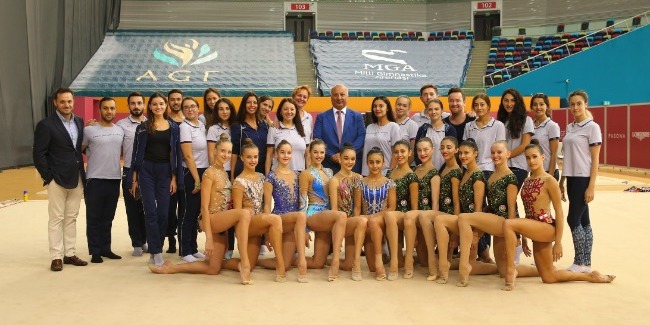 10 days prior to the World Rhythmic Gymnastics Championships, there was a Dress Rehearsal at Milli Gimnastika Arenasi (National Gymnastics Arena).

Today, the members of our National Team which will participate in the Championships, have fully executed their routines. Along with National Team representatives, gymnasts from Lebanon and the Czech Republic also performed at this Dress Rehearsal.

The Vice-President of Azerbaijan Gymnastics Federation – Altay Hasanov as well as the representatives of the Federation, coaching and judging staff also took part in this event.

Altay Hasanov watched the performances of our gymnasts and wished them successes before such an important Championships.

At the end, the team had their memory photo taken.