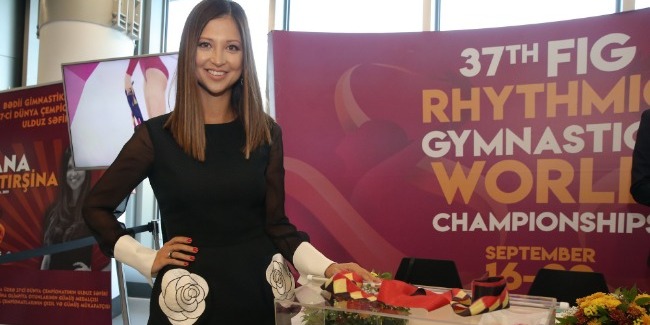 There was held a charity auction at Milli Gimnastika Arenasi (National Gymnastics Arena) where the Rhythmic Gymnastics World Championships has been taking place these days.

The Ambassador of the Championships, former famous Russian gymnast Yana Batyrshina put her ribbon up for sale, with which she became the European Champion in 1997, and a T-shirt that depicts the gymnast herself with the same ribbon.

The starting price for the ribbon was 100 euros. The final amount was announced by the Head Coach of the Azerbaijani National Team - Mariana Vasileva. She paid 2500 euros for the apparatus, but immediately returned the ribbon to the true owner. What a beautiful gesture of the coach - Yana Batyrshina did not part with thing which was very valuable for her, as she won the only European Gold in her career namely with this ribbon.

Auction for a T-shirt began with 10 manats. As a result, the parent of one of the young gymnasts got it, having paid 100 manats. 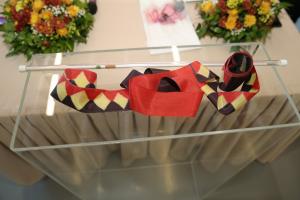 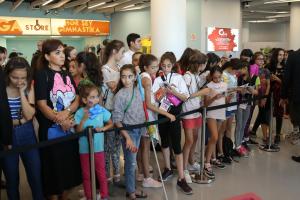 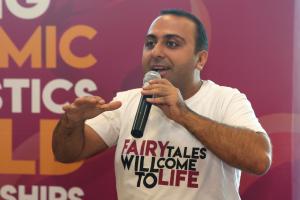 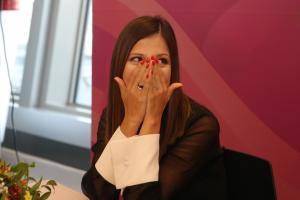 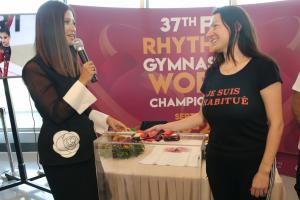