“SILVER” AND “BRONZE” AT THE FOOT OF THE APENNINE MOUNTAINS 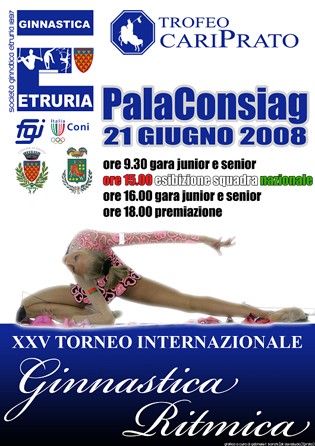 An Azerbaijani gymnast Anna Gurbanova has become a silver medalist of the “Trofeo Cariprato” international tournament held in Prato, Italy. According to the press service of Azerbaijan Gymnastics Federation, having taken the lead over Darya Kondakova from Russia, she won the second place in the individual all-around after the floor’s hostess Julieta Cantaluppi. Performing in the tournament among juniors, Saida Abdullayeva took the 5th place in the all-around. The gymnasts from Russia, Italy, Bulgaria and Hungary performed better than she with all four apparatuses. Nevertheless, total points received by her and her elder friend enabled them to take the 3rd place and win the bronze medal. “Trofeo Cariprato” is one of my favorite tournaments,” she said. “There is a very nice audience which understands gymnastics. So, I am contented with my performance. As to the performance of our junior gymnast, of course, I am glad for her. She collected herself in two last exercises and showed that she had a strong charact

She does not have enough experience yet but everything will come with time.” Gurbanova said these words already in Croatia, where other leaders of the national team (Aliya Garayeva, Dinara Gimatova and Zeynab Javadli) are training for the Olympic Games. According to the coach’s staff, no significant tournaments are planned till the middle of July, so the systematic preparation for the Olympic Games will proceed. By the end of the training camp, our gymnasts will perform in two last pre-Olympic events of the World Cup, which will be held in two CIS countries. First, Astana, the capital of Kazakhstan, will receive the gymnasts and in a week the sportswomen will leave for Irkutsk, Russia.