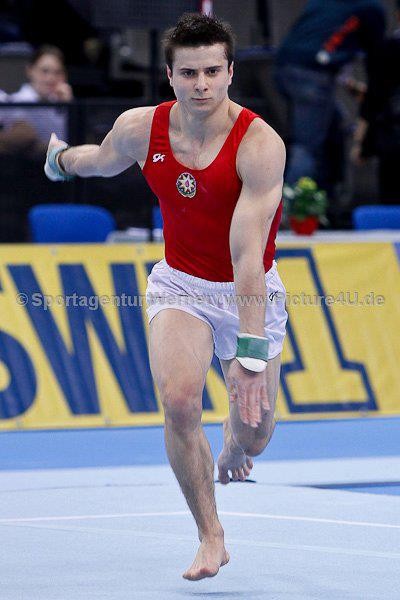 An Azerbaijani gymnast Shakir Shikhaliyev will take part in the Pre Olympic week in London next January, the Test Event prior to the Olympic Games-2012 in the capital of Great Britain!
He acquired such a right performing at the qualifying World Championships in artistic gymnastics being held in Tokyo these days. 21-year-old gymnast received 82.632 points in an individual all-around which enabled him to be included into the list of 24 sportsmen who will compete for the Olympic licenses in the second round.
It has become the highest point in his sports career, and, Shakir has improved his result for 3.5 points in comparison with this year’s European Championships in Berlin.
“It is a real breakthrough of Azerbaijani artistic gymnastics for the last 20 years!” stated our compatriot Valery Belenky, the Olympic Champion from Barcelona-92, who, together with Anatoly Yarmovsky, has already been training Shikhaliyev in Stuttgart for 3 years. “Shakir was ready for the competitions one hundred percent and did not disappoint either his coaches or the National Federation. As a result, he took the lead over gymnasts from other countries, including the Netherlands, the Czech Republic, Armenia, Argentina and Slovenia, with a great reserve in points. We have just three month at our disposal before the Test Event, and, so, we will train with double strength.”
Shakir Shikhaliyev showed his best result on vault – 15.466. He demonstrated smooth performances in the course of the whole distance without any falls on apparatus. And, following the last exercises on parallel bars, Shakir victoriously threw up his arms. “I have fantastic feelings! This is my third World Championships, and, for the first time, I succeeded to execute all the exercises on all apparatus without any mistakes and qualify for the Pre Olympic week. I would like to express my gratitude to my Federation, my instructors, a coach Aleksandr Chvartchenko who led me to the Tokyo floor, to everybody who supported me. I will try to do the best of my ability in order to gather maximum score at the test event as well,” he said.