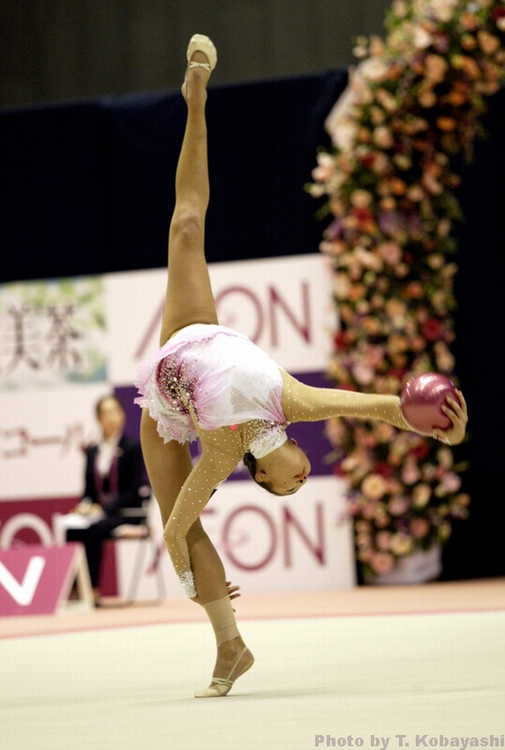 A junior Azerbaijani gymnast Zohra Aghamirova won the bronze medal in the international tournament held in Moscow.
According to the press service of Azerbaijan Gymnastics Federation, the 10-year-old sportswoman from Baku took the 3rd place in an exercise without apparatus at the international event “Golden leaves”.
The country’s another junior, Gulsum Shafizada, along with her senior team-mates Aliya Garayeva and Anna Gurbanova, made a trio of the “Neftchi” collective for the AEON CUP Worldwide Rhythmic Gymnastics Club Championships which came to an end in Tokyo.
Though Shafizada did not take any prize-winning places but she had a great service in winning by the team the high 5th place as a result. And Shafizada herself, who was met with great ovations by the Japanese audience at the Tokyo Metropolitan Gymnasium, ranked the 6th in the final of the juniors’ tournament. According to the head coach of the country‘s national team, Mariana Vasileva, “this is a good result taking into account that she was competing in the category of gymnasts born in 1996-97. But I am sure she is able to demonstrate a better performance and we will strive for it,” the coach said.
As to the team’s leader, Garayeva also finished her performances at the 5th place losing 0.775 points to a Ukrainian Alina Maksimenko who took the third place. Russian Gymnasts of “Gazprom” team became the winners in all the three tournaments.
Next weekend also promises to be saturated with gymnastics events. So, Aliya Garayeva will participate in the second “Serie A” Italian Championship and juniors of different ages will perform in the international tournament in Belgium, Bulgaria and Latvia.