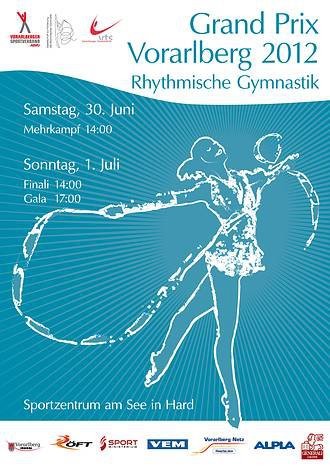 According to the press service of Azerbaijan Gymnastics Federation, the country’s 5 time all-around champion has the “bronzes” in exercises with a ball (28.8 points), a hoop (28.8) and a ribbon (28.875). Only in combination with clubs, she stopped a step away from the podium.

Aliya Garayeva took the 4th place in the all-around as well, losing only to a Russian trio consisting of Yevgeniya Kanayeva, Darya Dmitriyeva and Aleksandra Merkulova and taking more than one point lead over her long-time rival Lyubov Cherkashina from Belarus.

At the same time with the Austrian Grand Prix, an international tournament in Italian Turin, where three young gymnasts represented Azerbaijan, has also come to an end. An 8-year-old Zarniyar Aliyeva’s performances were most successful. She became the winner with a rope, as well as took the second places in an exercise without apparatus and in the all-around. A gymnast of the same age Arzu Jalilova won a victory in the tournament with a ball and Zohra Aghamirova (born in 2001) took the “silver” with this apparatus.

Another two junior competitions took place with a participation of the country’s gymnasts. The first one was in Krasnodar where Laman Hajiyeva (born in 2002) and a 9-year-old Aydan Aghayeva became the winners in their age groups. Their team-mates, 8-year-old sisters Lala and Diana Kramarenko’s, won the silver and bronze medals accordingly.

The next stop was Istanbul where Aydan and Lala, as well as other gymnasts became the competitions’ prize-winners again. Thus, Aghayeva won a victory with a hoop and became the 3rd in an exercise without apparatus, and Kramarenko took the first place in this routine. Laman Dadashli (born in 1998) won the “gold” in her age group and her namesake, 9-year-old Laman Huseynova became the first with a ball and the second in an exercise without apparatus. Natalya Guliyeva (born in 2001) took the first place with clubs and the second one with a ball, and a 12-year-old Simara Jafarova was the best with a hoop and the third with a ball. Zeynab Humbatova (born in 1999) showed the second result in the all-around. A 10-year-old Darya Sorokina became the second with a ball, Madina Mustafayeva (born in 2001) and a 12-year-old Madina Ahmadova – with a hoop.

The next tournament for our gymnasts will be “Children of Asia” V International Sports Games to be held in Yakutsk on July 8-10, 2012. Azerbaijan will be represented there by bronze medalists of Euro-2012 and Euro-2011 Nilufar Niftaliyeva and Mansura Bagiyeva accordingly.