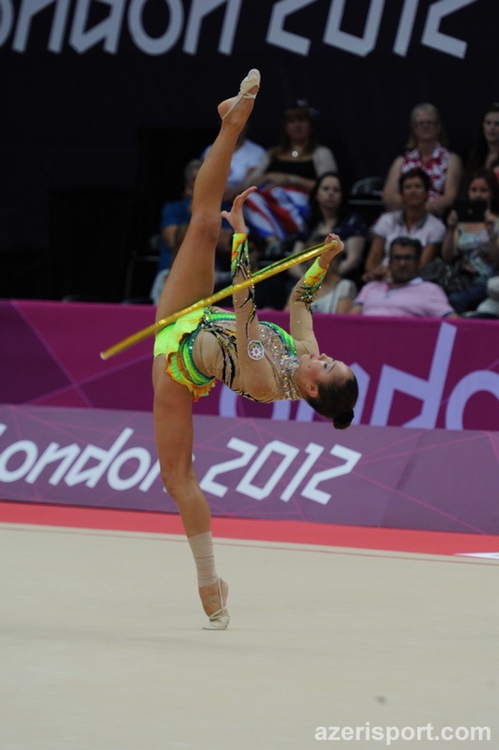 Today, the Azerbaijani Rhythmic Gymnastics National Team’s member Aliya Garayeva has started her performances at the Olympiad in London.

In the qualification, she performed with a hoop at first and received 27,450 points. After the first program, Garayeva had been taking the eights place.

Then, Garayeva showed the program with a ball and her point with this apparatus constituted 28,350. Thus, after performance with 2 programs, she has 55,800 points in total and is taking the fifth place.

To reach the final, she needs to be ranked in the top ten in total of four exercises performed in the qualification.