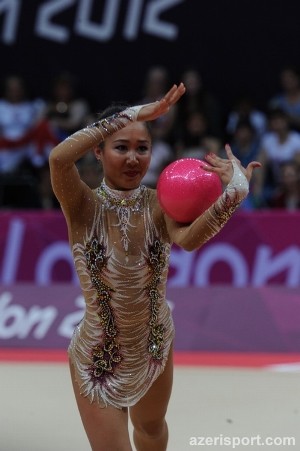 Today, a leader of the Azerbaijani Rhythmic Gymnastics National Team Aliya Garayeva competed on the qualification’s second day. According to the azerisport.com, at first, she demonstrated the program with clubs and became the second in this program having won 27,850 points.