ALIYA GARAYEVA STOPPED A STEP AWAY FROM THE MEDAL 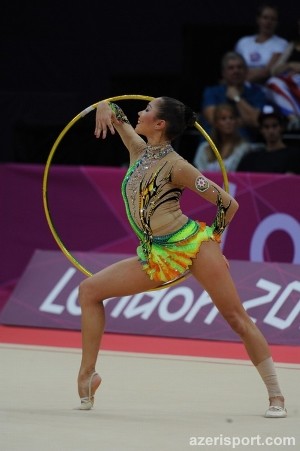 An Azerbaijani gymnast Aliya Garayeva performed in the final of the London 2012 Olympic Games today. In the all-round, she received 111.575 points and took the high 4th place. Only 0.125 points separated her from the Olympic medal.