LALA YUSIFOVA – IS TWO-TIME PRIZE-WINNER OF THE GRAND 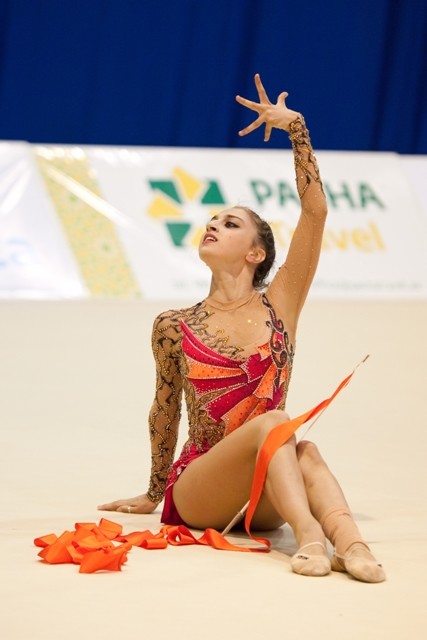 An Azerbaijani gymnast Lala Yusifova has won 2 medals in the tournament of the Grand Prix series held in Berlin!

According to the press service of Azerbaijan Gymnastics Federation, the recent winner of Baku Championship became the second in the final with clubs (27.4 points) and mounted the bronze podium after the final execution of combination with a ribbon (26.7).

According to the national team’s head coach Mariana Vasileva, namely final with clubs left the most vivid impression. “And Lala demonstrated an excellent performance with them and deservedly took the second place after the vice-champion of an Olympic Games, a Russian Darya Dmitriyeva. So, I am content with the results, although I think it could have been better. In addition to this, these are her first medals at the Grand Prix, Lala is gaining an experience, the audience receives her warmly, and the judges express their positive opinion about her. In 10 days, there will be next Grand Prix series in the Czech Republic, where, I hope Yusifova’s performance will not be worse,” the team’s tutor summed up.

In the meanwhile, a leader of the country’s national team Aliya Garayeva performed in the first round of the Italian Serie A Championship held in Biella. Het team “Ritmica Piemonte” took the sixth place and Garayeva herself received 27.45 points for the exercise with a ribbon having shown the first result in the collective and the second one among gymnasts performing with this apparatus. The second round of the Serie A will be held in Chieti city on November 3.