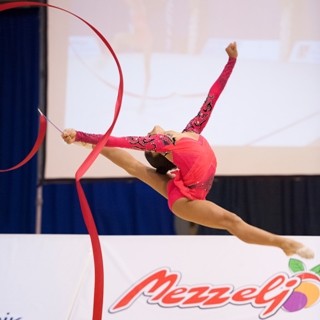 An Azerbaijani junior gymnast Zhala Piriyeva, along with her elder teammates, Lala Yusifova and Marina Durunda have constituted a trio collective from "Neftchi" for the AEON Cup Worldwide RG Championships, which come to an end in the land of the rising sun.

She didn’t win any prize-winning places but was too close to it. However, she has a great service in taking the high fifth place by the team in the end. And Piriyeva herself reached the final having received great ovation from the Japanese spectators crowded the Tokyo Gymnasium Metropolitan, where took the 4th place in the juniors' event.

As to the team's leaders, Durunda has completed her performances at the 6th place and Yusifova - at the 8th position. And Russian gymnasts from "Gazprom" team became the winners in all three tournaments.