…AND ARTISTIC GYMNASTS ARE THE FIRST ONES IN RUSSIA 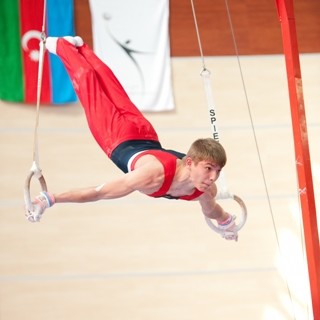 Artistic gymnasts have performed equally well like rhythmic gymnasts. In the tournament in Vladimir, junior gymnasts of the national team, Kamran Hajiyev (born in 1998) and Anton Yashin (born in 1997) won 4 "gold" and 3 "silver" medals.

So, Kamran was acknowledged by judges as the best in the final on parallel bars, a horizontal bar and a vault. Hajiyev contented himself with the second place on floor exercises and rings, the winner on which became Yashin. As to the all-round, Anton tried on the silver medal and Kamran became the fourth.