The Ukrainian gymnast: I wish to be the first 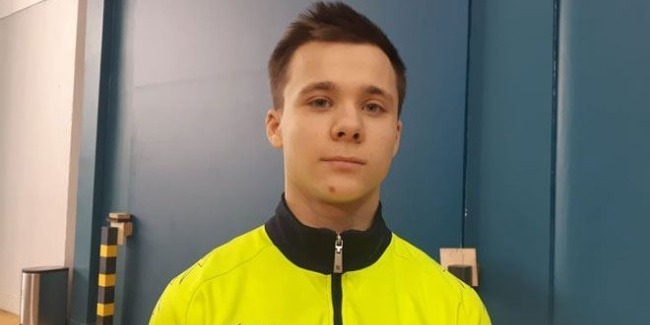 Gymnast Volodymyr Kostiuk, participating in the “AGF Junior Trophy” International Tournament in Men`s Artistic Gymnastics, is content with his Qualification performance on Floor.

He mentioned that he had only 2 weeks to prepare for the competition due to injury.

“Therefore, I thought my results would be bad. But my performance was better that I had thought.”

The gymnast mentioned his performance at Mill Gimnastika Arenasi (National Gymnastics Arena) within the framework of the XV Summer European Youth Olympic Festival held in Baku last year. Speaking about the 3 medals (“Gold” in team competition, “Silver” on Parallel Bars, “Bronze” on Pommel Horse) won during this festival, V.Kostiuk said that he wished to make his results better in this tournament.

“Of course, I wish my performance to be better that it was before. I wish to be a winner!”